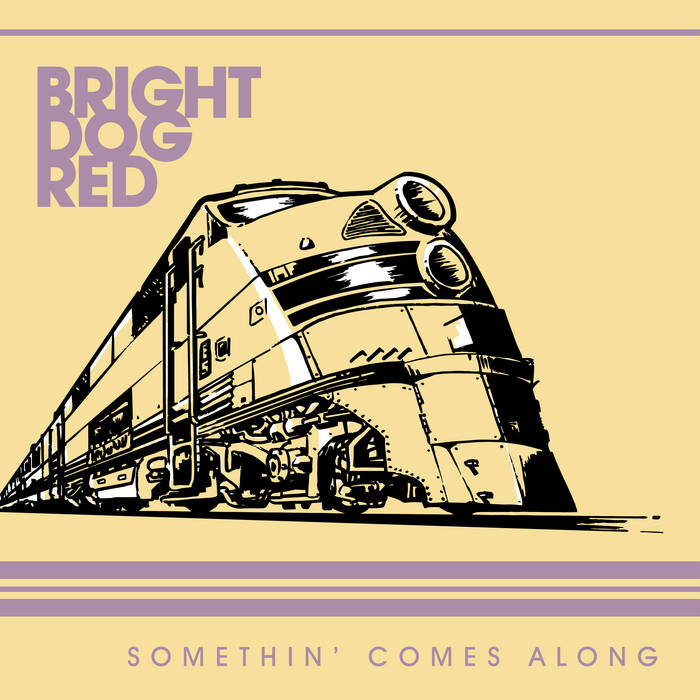 Bright Dog Red (BDR), an improvising collective from Albany, New York, will release Somethin’ Comes Along, a double album, on September 25, 2020. Somethin’ Comes Along, marks the ensemble’s third, and most ambitious, release for Ropeadope, the influential Philadelphia area music, clothing, and culture imprint.

“Sometimes in life, something comes along, unanticipated, maybe not completely understood, that changes everything, resetting life in profound ways. Sometimes that thing is good. Other times, less so. Either way, it doesn't really matter. It’s come along, regardless of your preferences, plans, desires, or choices. In the end, though, your choices determine how you navigate through. This album is a rumination on navigating through.” -Joe Pignato

The collective’s two previous Ropeadope releases, 2019’s How’s by You? and 2018’s Means to the Ends, have at once bemused and beguiled critics, fans, and music industry observers. Louis Marks, CEO of Ropeadope explains:

“Bright Dog Red is perhaps the most unique band to grace the halls of Ropeadope, and that’s quite an accomplishment. Bright Dog Red hits the stage without charts or set list – they simply start playing and improvise, taking cues from each other and from the audience and room. It’s adventurous, and due to the skill and rapport of the players, surprisingly cohesive.”

English DJ Nick Davies describes the allure of Bright Dog Red. The group’s music has “a sense of mystery because you don't know where it's going, where it's going to end up, it takes you on a journey.” To appreciate BDR, the UK’s Blue in Green Radio advises, “stop trying to comprehend the unravelling psychedelic experience and learn to accept its mesmerizing nature.”

The “mesmerizing nature” of Bright Dog Red reflects the ensemble’s particular methodology, one that is “thoroughly improvised” (Downbeat), eschewing ideation in favor of feeling, individualism in favor of collectivism. Whether playing for record or before an audience, the group takes the same visceral approach, reeling its way through “a stellar beatnik odyssey, filled with risks, that grows and unfurls” (The Bolg, Twin Cities, US). Joe Pignato, the group’s drummer and leader, explained:

We’re kind of a go for broke ensemble. We start with a loose plan. I’ll offer a concept or direct a player to start with a mood or style. There are the references we tend to favor, jazz, electronica, hip hop, psychedelia, and those things weave in and out, but it’s pretty open, which is liberating but kind of frightening. It can spur some confusion, trepidation, like “hmmm, what should we play?” Or, “uh, where’re we going next?” At some point though, we stop thinking about what to play and start listening for what to play. So, there’s risk, but there’s also this comforting surrender to the process.

The group’s embrace of that process has produced three albums, each replete with “thought-provoking, toe-tapping,” and “inspired music” (Modern Drummer). Somethin’ Comes Along, the most ambitious of the three, features two sides culled from three discrete sessions, each wholly improvised and recorded at Bright Dog Red’s headquarters, the Disco Studio, just outside of Albany, New York. The first side, Somethin’, features the “fiery, free-flowing” (Glide Magazine) improvisation for which Bright Dog Red has increasingly become known. The second side, Somethin’ Else, builds on the more abstract tendencies of the ensemble.