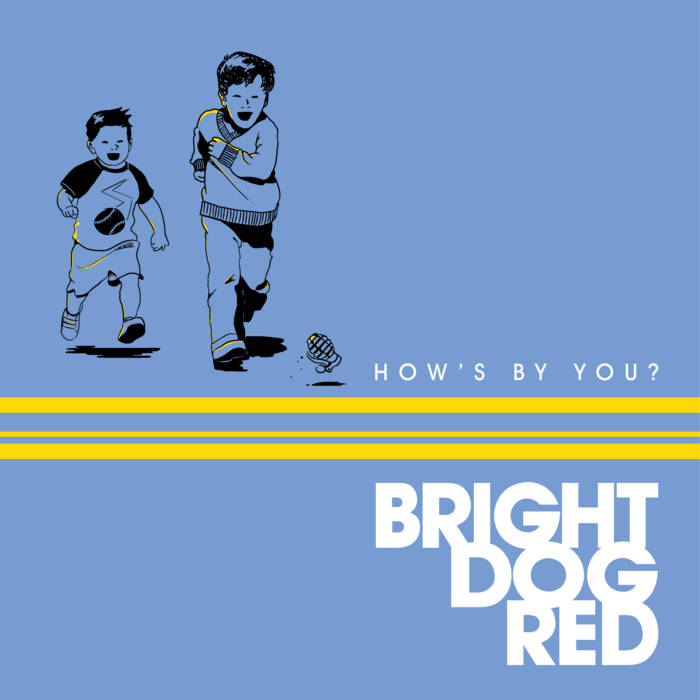 Florian Arbenz Great band and great snapshot of cosmopolitan New York! You can hear the spirit of Mingus or Coltrane, but in a 21st century-version which is inspired by our multi-cultural society. The great thing about this band is that they don't lose their identity with it... quite the opposite! Favorite track: Runnin' 'em Hurdles.

How’s by You? follows BDR’s Ropeadope debut, 2018’s Means to the Ends, celebrated for its “exploratory sounds” (The Bolg) and “spirited and inspired jazz that skillfully weaves in…electronica and hip-hop” (Blue in Green Radio, UK).

Ropeadope, long at the nexus of jazz, hip hop, and electronica, has proven an apt partner for BDR’s “innovative and psychedelic mesh” of those genres (The Alt Weekly). Since partnering with the label, the group has enjoyed a widening audience, including increased recognition in North America, the UK, and Europe. Hailed as “Sonic Groundbreakers” (Nu Jazz Sounds, UK) and a “band on the rise” (The Bolg), BDR stands poised for increased notoriety with the release of How’s by You?.

The band has also earned esteem among contemporary musicians representing a wide swath of genres. Live looping artist Adam Ahuja of Infinity Gritty has implored his followers to immerse themselves in BDR’s “self-reflective swing hop.” Internationally renowned DJ M A N I K, has heralded BDR’s “dope fusion improv” on his syndicated podcast Welcome to My Crate. Bass virtuoso and neuroscientist Tyreek Jackson, who often plays with the group, credited BDR with expanding his horizons, “Playing in this band, where you know that things can change at any time, has opened up my ear…I become a better listener after every BDR gig.”

Founded by drummer and composer Joe Pignato, BDR is comprised of a rotating cast of players. How’s by You? features founding members Cody Davies (electronics) and Anthony Berman (bass), as well as long standing members Mike LaBombard (tenor sax) and MC Cully (rhyming and freestyling). The collective has its genesis in a series of freewheeling jam sessions led by Pignato, a professor at the State University of New York, Oneonta:

“I was inspired by one of my teachers, Yusef Lateef, who held jam sessions with his students. I’d have students out to my house and we’d play for hours, all of it improvised. It’s pretty gratifying to see the concept evolve, becoming a body of work, especially as it reflects an ethos cultivated during my own time as a student with Dr. Lateef.”

How’s by You?, recorded at the Disco Studio in Delanson, New York, reflects that ethos in action. The album was captured live, over the course of three discrete sessions, each wholly improvised. From its earliest days, Bright Dog Red has recorded in this manner.

The How’s by You? sessions produced over two hours of music. Pignato, pored through the recordings, marking transitions, editing breaks, and roughing out each of the tracks that appear on the album. Paul Geluso, a New York based engineer and Pignato’s longtime collaborator, mixed the album, making additional edits to fine tune each selection. The duo worked together in similar fashion on 2018’s Means to the Ends, although this second album incorporates more studio craft than the first, a trend Pignato sees continuing on future projects:

We used the studio a bit more here. Got creative with the edits, thought about things like isolation. With the first album, we really wanted the rawness of our live sets to permeate. On How’s by You?, we thought, “what can we distill from that energy?” I’d like to see future albums mix and match the visceral nature of what we do live with the more controlled possibilities of the studio and post-production. In that way, How’s by You?, is kind of a transition for us.

Since debuting in September of 2015, Bright Dog Red has played a number of high profile bookings, including opening for George Clinton and Parliament Funkadelic at the historic Paramount Hudson Valley Theater, opening for Hip Hop sensation Decora, sharing bills with Italian Surf Academy and with pianist Zack Clarke, and featuring guest soloists such as saxophonists Eric Person and Morgan Guerin, bassist Tyreek Jackson, and keyboardist Matt Mottel of Talibam!.